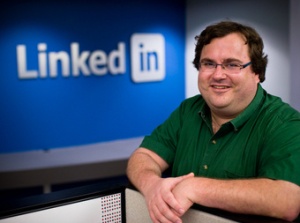 If there is one person out there who knows the rules of engagement for a new start up, it’s Reid Hoffman. He’s the co-founder of LinkedIn – the original business social media site that has become a part of our daily digital lives; which, incidentally, has also recently filed to go public. In addition, Reid is a partner at Greylock so he’s intimately familiar with both the entrepreneurial and venture rules of success. Recently, I was able to hear Reid speak to his rules for building companies and thought it would be great information to share:

Rule #1: Look for disruptive change.
If you’re about to start on a new venture, ask yourself: What is becoming possible or necessary that wasn’t possible before? Is a new product or service able to take over an existing market or create a new market? When I co-founded LinkedIn the tech industry was in a deep depression. I looked at all the opportunities created by the Internet and had the idea that eventually everyone would need a professional profile online. The disruption was that people were able to directly reach the best candidates rather than hoping for responses from a listing in the paper or an ad on a Web site.

Rule #2: Aim big.
Regardless of whether a start-up is targeting a big idea or a small one, it will still require the same amount of blood, sweat and tears—so aim big! What is “big?” It is a new product or service that creates or dominates a significant market.

Rule #3: Build a network to magnify your company.
People tend to think that behind every great start-up is a single entrepreneur with a whiz-bang idea. The reality is great companies are built by a number of people with talent who are surrounded by amplifying networks. The most successful entrepreneurs bring in advisors, investors, collaborators and early customer relationships.

Rule #4: Plan for good luck and bad luck.
You should always assume you will have both good luck and bad luck with your new company. Good luck is not as simple as “it worked out.” Rather, this is when you discover a great opportunity and can quickly shift to go after it. Bad luck is what happens when your first idea doesn’t work. It doesn’t mean failure; it means you need to pursue plan B.

Rule #6: Launch early enough that you are embarrassed by your first product release.
With my first startup, Socialnet.com, it took us nine months to launch the first product. That was a disastrous mistake. We wanted to have all the detailed functionality right away, including social controls to people could decide to connect or not with the people in their networks. We wanted everyone to “Ooh” and “Aaah” about how terrific the product was. We wasted a bunch of time and it put us months behind on more important problems that needed to be solved, such as how to get our product in the hands of millions of people. From that I learned, if you are not embarrassed by your first release, you’ve launched too late!

Rule #7: Aspire, but don’t drink your own Kool-Aid.
Target excellence, but be very careful about blind trust or belief in your theories. It is important to launch as early as you can in order to learn how your customers use your product or service. It is equally important to identify metrics that tell you if your aspirations and vision are on target. You should also get feedback from your network in order to iterate or pivot on the target, the product and/or the service. In other words, maintain your aspiration but always look for good perspective on how you are doing. It is very easy for creative innovators to get caught up in their own story rather than learning where they should be headed.

Rule #9: Pay close attention to culture and hires from the very beginning.
Your first hires set your culture, so make them good ones. These first people hire the next people and so on. The old wisdom was that you needed people with a decade more of experience in your start-up. The things a smart person learned a decade ago won’t help you now – you’re doing things that have never been done before, and the world and the competitive landscape are changing at hyper speeds. What you really need are people who can learn fast.

Be in it to Win It! Business Lessons General Venture Capital